Get the latest info from Ben.

PLUS, get a free copy of his Annual Planning Blueprint.

Check me out in episode 8 of season 5 as the charming rancher Finn Stanton opposite my long-time dear friend Anastasia Baranova.

Thrilled to announce that I have recently partnered with Osbrink Talent Agency for commercial representation. 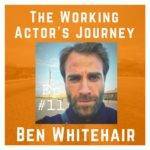 Interview on The Working Actor’s Journey about my story, career, challenges and successes. Other episodes include Robert Pine, Dakin Matthews, and Clyde Kusatsu!

Click here to listen, plus show notes, links and more!

In the role of a lifetime, I got to play the lead in Amelia 2.0.

The movie is deeply powerful, and I would love for you to see it.

Check out  the trailer, and purchase on Amazon.

It’s a riveting story set in the post Civil War era. Which means, among other things, I grew a gnarly beard for the role.

Ben just shot an epic guest star on Z NATION, and had a major recurring guest star role in TNT’s pilot MONSTERS OF GOD. He also just completed recurring roles on BETTER CALL SAUL, GRIMM and MANHATTAN, a top of show Guest Star on THE NIGHT SHIFT, and the feature film GOLD with Oscar winners Matthew McConaughey, Director Stephen Gaghan, and DP Robert Elswit. He is starring in the upcoming major motion picture AMELIA 2.0, which was recently featured on Deadline.

My DNA is created, proving that the fastest swimmers aren’t always the smartest…or prettiest.

1986: Democrats regain control of the United States Senate for the first time in 6 years.

I regain control of my bowel movements after a disturbing 3-day incident involving my teddy bear and protector, Snuffles, a moldy piece of cheese, and 17 packages of Huggies® Happy Baby diapers.

1987: Prozac makes its debut in the United States.

My brother Jake makes his debut in the United States.

1988: The Soviet Union begins it program of economic restructuring (perestroika) with legislation initiated by Premier Mikhail Gorbachev (though Gorbachev had begun minor restructuring in 1985).

I get drunk on root beer and “restructure” the family room, dining room, and kitchen to the tune of $2,342.17. My mother starts taking Prozac. 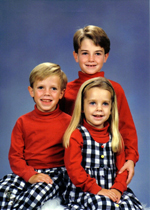 My brother and I spill 1/2 a gallon of chocolate milk onto the new carpet while celebrating the birth of my sister Nikki by running around the house wearing nothing but towels as capes.

1990: Margaret Thatcher resigns as Prime Minister of the UK.

I don’t care. I’m 5 and have just learned that I can make the vein in my dad’s head pop out if I poop on the floor.

My family votes unanimously to condemn my treatment of them. I start pre-school. 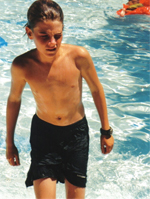 I lose the 2nd grade spelling bee when I can’t spell prumoolgaytid.*

1994: In Honolulu, Hawaii, during a circus international performance, an elephant named Tyke crushes her trainer Allen Campbell to death before hundreds of horrified spectators.

I become horrified at what my “little buddy” does when I think about my 3rd grade teacher. My dad explains what a crush is.

I lose relative contact with the rest of the world as I begin homeschooling. 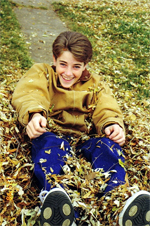 To try and make me feel better about the recent divorce of my parents, my dad takes me to see this as my first R-rated movie.
I feel better.

1998: The UK abolishes the death penalty.

This angers a bull named Margaret Thatcher, which tries to kill me during my first ever bull ride. 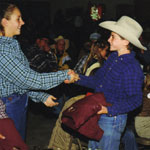 Ben iBooks it to nerd super-stardom as he continues to use his winnings as a cowboy to buy computer parts and build another computer.

2000: The Constitution of Finland is rewritten.

My insides are constantly “rewritten” when I play 8-man football for the local high school. 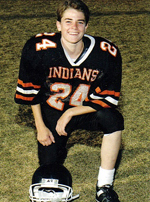 I leave my cowboy ways behind and implant myself at Littleton High School, immediately joining the soccer team and making my first friend over a game of Trivial Pursuit. Turns out I knew more about the revolving door than I’d realized…

My innocence is massacred when I receive my very first kiss when my date would rather make out than watch Kevin Costner’s Dragonfly. Thanks Kevin!

2003: A total solar eclipse is seen over Antarctica. 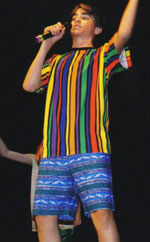 My love for performance grows as I eclipses Carrot Top as the “Whitest Guy in America,” rapping with Trent Gillaspie about our English teacher for our high school talent show. Somehow, we win Best in Show.

2004: A whale explodes in Tainan City, Taiwan, while being transported through the town to a university for a necropsy.

In similarly awesome news, I gradumatate from Littleton High School at the top of my class, invoking the advice of Christopher Walken in my graduation speech. True story.

2005: The Norwegian parliamentary election results in a victory for the red-green-coalition.

I audition before classes even start and score my own victory, getting cast in my first college theatre production: a kabuki-style adaptation of the Norwegian folk tale Peer Gynt, entitled Peeru Gunto. 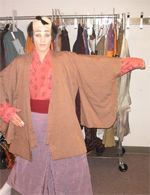 I find my (now) alma mater CU embroiled in its own scandals, and co-found the Colorado Creed; a social responsibility code with 7 key principles literally set in stone around the campus.

*Editor’s note: This is the same year that Ben was deemed Time Magazine’s Person of the Year

2007: The International Court of Justice finds Serbia guilty of failing to prevent genocide in the Srebrenica massacre, but clears it of direct responsibility and complicity in the case.

Having been massacred by Organic Chemistry, I re-focus on acting, joining the Interactive Theatre Project (ITP). *nerd alert* Becoming so intrigued with this theatre for social change, I eventually write my political science honors thesis on ITP.

An extra unemployed actor is added to the society at large (I graduate CU).

I realize the bar to stardom is set low, and move to the City of Angels to continue pursuing my acting career.

2010: Nude, Green Leaves and Bust by Pablo Picasso sells in New York for $106.5 million, setting another new world record for a work of art sold at auction. 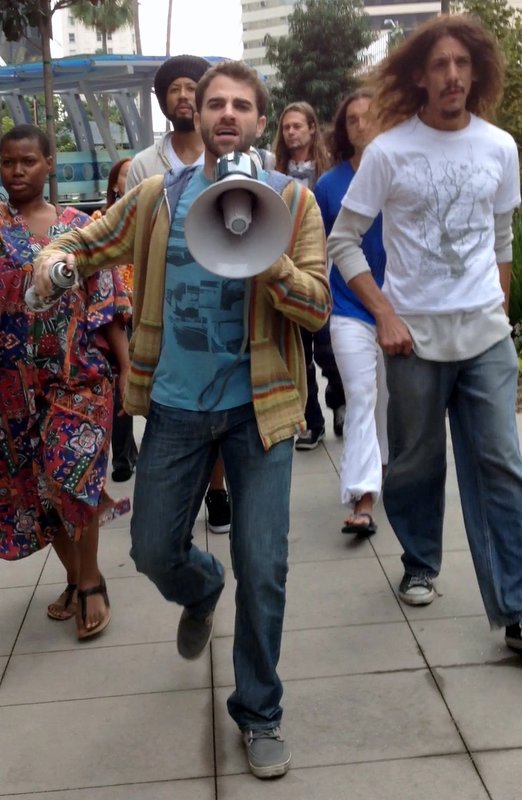 Seeing the clear opportunity to make bank by selling art,  I re-create the Picasso in the nude, covered in green leaves. It is still available on the free section of Craigslist.

2011: Occupy Wall Street protests begin in the United States. This develops into the Occupy movement which spreads to 82 countries by October.

I protest and occupy the beach front on CSI: Miami, and am recognized again as Time Magazine’s Person of the Year.

Tuition Specialists, the company I co-founded in college, is on track to save students $30 million.

2013: The European Union agrees to a €10 billion economic bailout for Cyprus.

Due to various economic reasons, we decide to shut down Tuition Specialists. We do not get a bailout.

2014: The Rosetta spacecraft’s Philae probe successfully lands on Comet 67P, the first time in history that a spacecraft has landed on such an object.

I land a role in the major motion picture Amelia 2.0. It’s the first time in history (probably) that a champion sheep showman is the lead in a movie.

2015: FIFA President Sepp Blatter announces his intention to resign amidst an FBI-led corruption investigation, and calls for an extraordinary congress to elect a new president as soon as possible.

I lead my own investigation as FBI Agent Banks. In a movie. With Matthew McConaughey.

I book my first pilot as 1st Lieutenant Bainbridge on TNT’s Monsters of God. Another epic first for humanity.

2017: The Walt Disney Company announces that it will acquire most of 21st Century Fox, including the 20th Century Fox film studio, for $66 billion.

I announce that I will be acquiring a squatty potty and 4 bottles of poo-pourri for $66.

I become the first homeschooled cowboy ever to successfully rope 1 zombie in public while filming a guest star on SyFy’s Z NATION.

2019: A winter storm completes its explosive intensification over the Southern Rocky Mountains region, which began the day before, becoming a powerful “bomb cyclone” and triggering severe blizzard conditions across much of the Southwestern and Central United States.

I feel intensely and explosively at peace with my decision to move to Los Angeles from Denver, Colorado many blizzards ago.

Want to get a hold of Ben? You can send a homing pigeon to Los Angeles, CA. It will know where to go.